Before Steve Silver died in 1995 at age 51, he had picked out his plot at Cypress Lawn and personally designed the memorial. 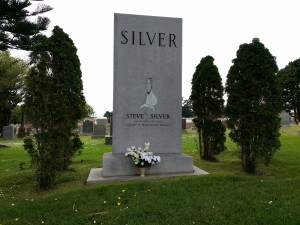 The sketch of Silver was done by legendary caricaturist Al Hirschfeld and signed, perhaps the only  Hirschfeld work executed in stone. 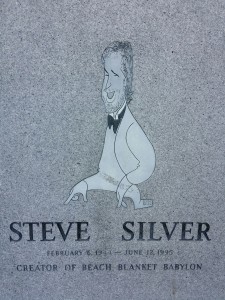 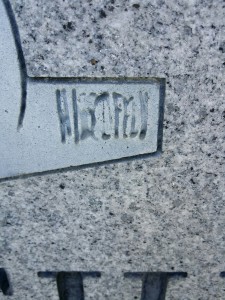 Beach Blanket Babylon has attracted almost 6 million paying fans, including the Queen of England, Henry Kissinger, and the cream of San Francisco high society. The theatre company was invited to the Reagan White House. It exhibits no signs of slowing down. The show keeps current by changing its spoofs of cultural and political figures as quickly as the headlines change.

Yet for all its success, this gem remains one of those “only in San Francisco” phenomena. Silver’s obituary writer noted that Beach Blanket is a “fragile commodity with almost no export value. It has to be consumed on the spot, like fresh-baked sourdough…to be appreciated.” When Silver took the company to Las Vegas, it was a limited success, and ended after 18 months. A television spot at the 1989 Oscars proved to be a critical fiasco. But it continues to thrive in its native soil.

On the right edge of the stone are memorials for Silver’s mother and father. On the left edge, a tribute to a nephew who passed away as a young child. 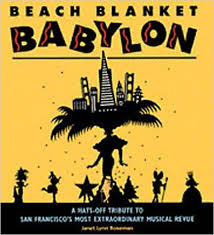