Columbarium: A room or building with niches for funeral urns containing created remains. 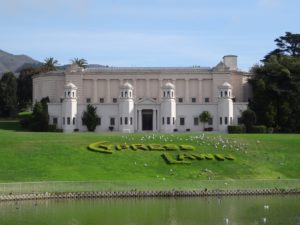 A classic art deco elevator takes you up. 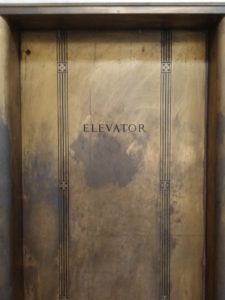 You have two choices. Floor 1 or Floor 4. 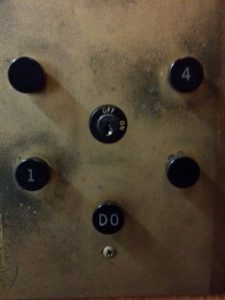 By the 1920s, cremation was an option for an increasing number of California families. The last great project of Bernard Cahill, the renowned architect responsible for much of Cypress Lawn’s early design and structures, was the the proposed 20,000-square-foot Lakeside Columbarium just south of the grand entrance gateway to the East Campus. Construction began in 1927. Then came the Depression and work on the Mediterranean style building abruptly stopped in 1930. Fortunately,  the ground floor was finished. It featured twenty-nine varieties of imported marble, elaborate copper fitted closed and open faced niches, opalescent glass skylights, and a dozen private rooms facing the lake.  A small fourth floor, containing rows of more modest niches, was also ready to be populated. 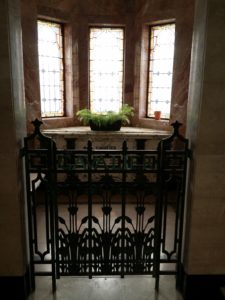 The Lakeside master plan had called for 10,000 niches, which would have made it the world’s largest columbarium. 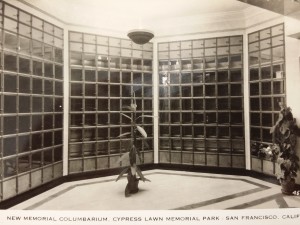 A spectacular interior courtyard, rising three stories and topped by a glass roof, was left uncompleted by builders and remains so. The area is not open to the public. 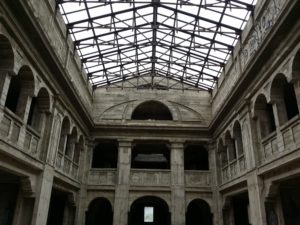 Over the years, numerous plans and proposals have been presented to finish this space.  Cypress Lawn is currently reviewing a new project to resurrect this charmed spot. Stay tuned.

2 thoughts on “The Mysterious Missing Floors at Lakeside Columbarium”