We have at rest in our Memorial Park three important baseball personalities: one of the best players of all time, one of the most colorful managers, and the man who introduced the game to Japan. And, as we shall see, these gentlemen are all curiously connected.

A legendary player, Lefty O’Doul, is a San Franciscan native and his memorial is a big draw at Cypress Lawn. 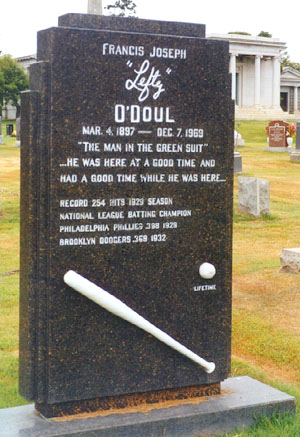 He had a career .349 batting average in 970 games over 11 seasons. He began as a pitcher and didn’t become a hitter until age 31. Lefty has the highest lifetime batting average of anyone eligible for the Hall of Fame but not enshrined. Never elected to the Hall of Fame?! His career as a full-time hitter was regarded as too short. 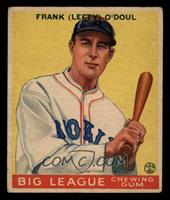 He did make it to the Japanese Hall of Fame. O’Doul was instrumental in spreading baseball’s popularity in Japan, serving as the sport’s goodwill ambassador before and after World War II. The Tokyo Giants were named by him in 1935 in honor of his long association with the New York Giants.

Later in his career, Lefty managed the San Francisco Seals of the Pacific Coast League from 1935 to 1951, becoming the most successful manager in PCL history. One his his protegees was Joe DiMaggio. When asked what role he had in developing the Yankee Clipper, O’Doul remarked: “I was smart enough to leave him alone.” DiMaggio, another San Francisco native, is buried next store to Cypress Lawn at Holy Cross Cemetery. 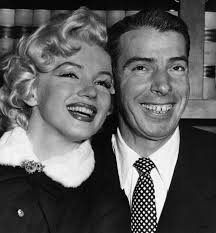 DiMaggio with his well-known wife

The O’Doul legacy lives on in the tavern he founded and the bridge near AT&T Park where the San Francisco Giants play. 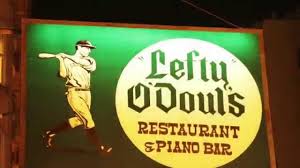 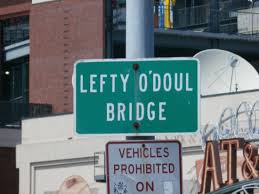 Many people believe that Japan’s fascination with baseball began post World War II as part of a general movement to adopt all things American. As we have seen, Lefty O’Doul was a goodwill ambassador there before the War. But Japanese baseball history goes back well beyond that time.

Years ago, I was surprised when a group of Japanese tourists at Cypress Lawn told me they were here to visit to the Horace Wilson “shrine,” which turned out to be a handsome but modest memorial on the east campus. An avid baseball fan since childhood, I had never heard of the man revered as the father of Japanese baseball. 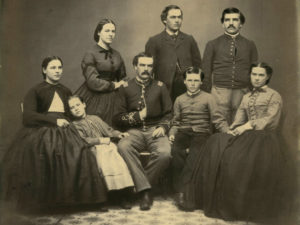 The Wilson Family, circa 1860s. Horace is the gentleman upper far right

After serving in the Civil War Union Army, Wilson was hired by the Japanese government as an adviser to assist in the modernization of its educational system. Around 1872, Wilson decided that his students needed more physical exercise and introduced a game that was growing very popular in American – baseball. The game became a mainstay in Japanese amateur and college sports, and the first professional league was established in 1936. And, like O’Doul, the redoubtable Mr. Wilson is a member of the Japanese Baseball Hall of Fame.

Then there is Paul Irving Fagan, who rests in Cypress Lawn’s Lakeside Columbarium. In 1944, the millionaire bought the minor league Pacific Coast League San Francisco Seals, who  played at a stadium built in 1931 at 16th and Bryant Streets. 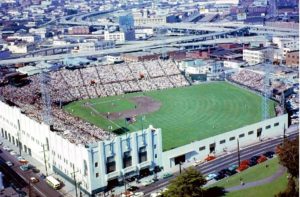 Fagan is the one who brought in Lefty O’Doul to manage the team in 1935. Given Fagan’s well known propensity to spend money lavishly, the baseball world was shocked when one day in 1950 he declared that peanuts would no longer be sold at the ballpark. “We lose five cents on every bag of peanuts. That’s $20,000 a year. It costs us 7 1/2 cents to pick up the husks and our profit on a dime bag is just 2 1/2 cents. The goober has to go.”

Irate fans lit up the Seals’ phone lines with their protests. Some threatened to bring their own peanuts and drop the offending shells everywhere. Newspapers along the West Coast jumped to the peanut’s defense. The Los Angeles Herald Express editorialized: “To many deep, dyed-in-the-wool fans, it was just like ripping the heart out of baseball itself. The privilege of buying, shelling and eating peanuts at the ball game is just too sacred”.

The objections overwhelmed Fagan. Within 24 hours he issued his second peanut-related press release: “I give up. Mr Peanut wins. It’s the first time in my life I’ve been beaten and it had to be by a peanut.”