It was not by chance that when Laurel Hill Cemetery in San Francisco was ordered in 1937 by the San Francisco Board of Supervisors to remove all its burials and abandon the Cemetery, the Board of Directors petitioned Cypress Lawn to accept the remains. Both institutions were cut from the same historic garden cemetery cloth. Cypress Lawn was honored and accepted. 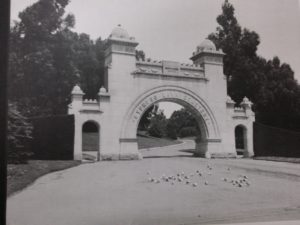 As the Laurel Hill eviction order was enforced, families were allowed to retrieve their loved ones and monuments at private expense. The vast majority did not and three years later the removal of 35,000 souls to Cypress Lawn began.

Laurel Hill & Cypress Lawn trustees originally planned for an elaborate above-ground public mausoleum on the West Campus to serve as a monument to San Francisco pioneers. Exorbitant construction costs following World War II scuttled this design. Instead, underground concrete vaults were built where each individual set of remains was sealed in labeled boxes. Members of the same family from the same burial plot at Laurel Hill were in individual containers and placed in the same numbered vault. 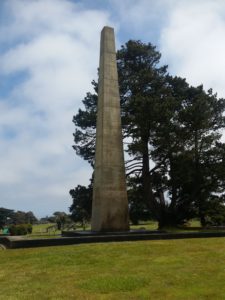 Although there cannot be individual memorialization on Laurel Hill Mound, all the re-interment records have been meticulously kept. Cypress Lawn knows the exact spot where each person’s remains lay. At the top of the mound is a towering obelisk done by Vladimir Oslou for the centennial of Cypress Lawn in 1992. Near it is the bronze sculpture by Francis Minturn Sedgewick that pays tribute to California’s pioneers – those buried from the original Laurel Hill cemetery. 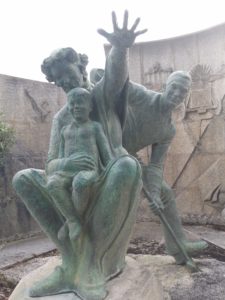 There is also a plaque detailing the history of the re-interment. The area was officially named Laurel Hill Mound and dedicated on May 4, 1954.

When you encounter this large expanse of land without individual monuments, it may appear quite abstract; even with the stirring pioneer memorials, one can experience a lack of personal connection. However, the more you know about who is there, the more you can appreciate the spot. Most of the burials were men and women of means, and some were quite prominent. You will be surprised to learn what families are resting there.

We’ll start with two mayors: James Van Ness (d. 1872) and Andrew Jackson Bryant (d. 1882), both of whom have San Francisco streets named after them. A U.S. Senator, David Broderick, shot dead in 1859 at the last major duel in the nation; he, too, was honored by a San Francisco street name. Also buried in Laurel Hill Mound is California’s second Governor, John McDougal (d. 1867). And another man for whom a street was designated – Joseph Folsom (d. 1855), the Collector of the Port of San Francisco, as well as two chief justices of the California Supreme Court, Lorenzo Sawyer (d. 1891) and Silas W. Sanderson (d. 1886). 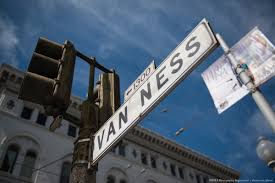 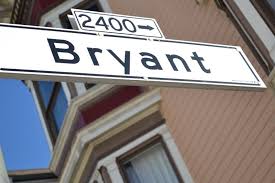 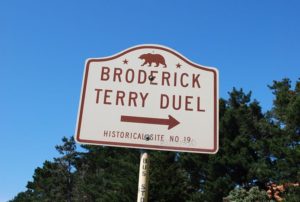 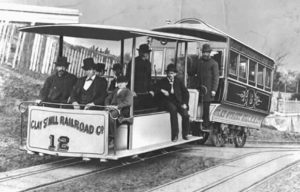 Peder Sather (d. 1886), a banker/philanthropist who build the University of California’s Campanile and Sather Gate. 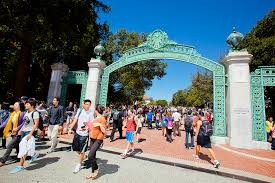 Edward Gilbert (d. 1852), publisher of the San Francisco Alta, one of most prominent early newspapers in the city.

Theodore Barry (d. 1881) and Benjamin Pattern (d. 1877), proprietors of the city’s most respected Montgomery Street drinking emporium, and authors of the acclaimed Men and Memories of San Francisco in the Spring of 1850. 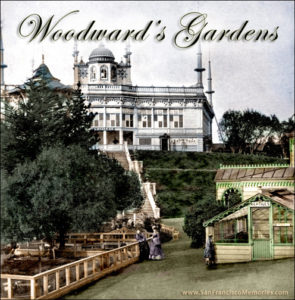 David Scannel (d. 1893), a legendary San Francisco Fire Chief, placed in a special section of the mound reserved for firefighters.

Phineas Gage (d. 1860), sans head, which was given to his doctor; Gage survived a severe industrial accident to the skull that earned him national attention and a place in every psychology and medical textbook at the time.

So when you cast your gaze across the rolling green expanse of land in the shadow of a 70 foot obelisk, cast your mind’s eye below to the many builders and pioneers of San Francisco’s greatness.

5 thoughts on “The Story of Laurel Hill “Pioneer” Mound”