Woodsmen of the World at Rest in Cypress Lawn 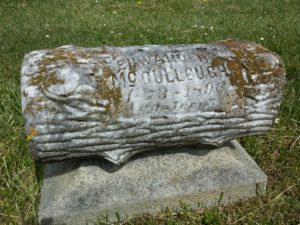 Tucked away in Section F on the East Side of Cypress Lawn lay more than a dozen Woodsmen of the World monuments, products of a “fraternal benefit society” that administers a privately held insurance fund,  a major part of which is funeral coverage. 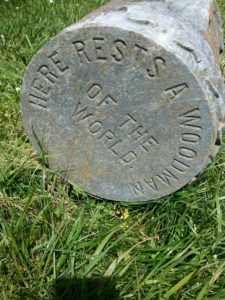 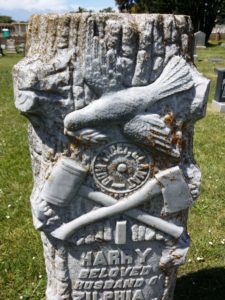 Beginning in 1882, it has undergone many mergers and transformations and still operates today. The original inspiration came from the founder, who upon hearing a sermon about “pioneer woodsmen clearing away the forest to provide for their families,” wanted to start a society that “would clear away problems of financial security for its members.” There are currently about 800,000 participants.

At the top is the “Sovereign Camp.” States are called either “Jurisdictions” or “Head Camps.” Local groups were organized into “camps” or “coves” or “groves, but are today are known as “chapters.”  Fraternalists pledge to “help others and promote patriotism and civic responsibility.” 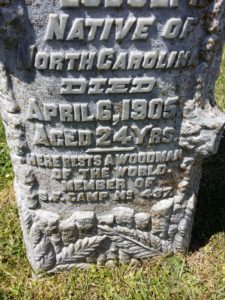 The Cypress Lawn examples shown here are all prior to 1940, when the distinctive stumps and emblems were in vogue. By the late 1920s, these kinds of tributes were growing too expensive and more traditional memorials began to be used. 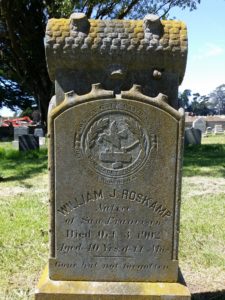 The following pictures were taken by night photographer Troy Paiva 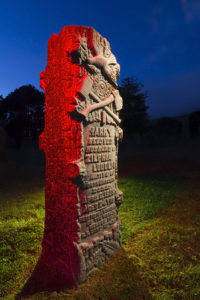 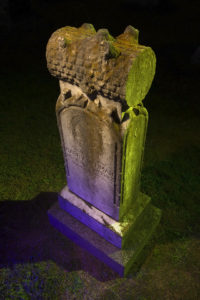