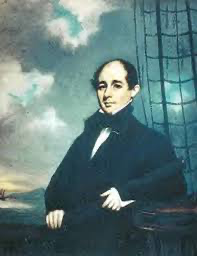 Born in 1803, Frederick William Macondray’s father died when he was an infant. His mother apprenticed him to a Massachusetts sea captain before the age of 10, where he learned the maritime life. A ship captain by 21, he navigated between the Chilean city of Valparaiso –  South America’s chief port – and the China coast.

When he married in 1831, Macondray brought his wife to China. Perhaps no other American became better acquainted with China and the country’s trade potential. Three of their five children were born in the Portuguese colony of Macao near Hong Kong.

He headed for San Francisco in 1849, establishing among the city’s first mercantile firms. It quickly became the leading shipping and trading enterprise along the California coast. While importing much of his merchandise from Boston, he reestablished trade relations with China. The company became America’s largest importer of Chinese teas.

Macondray formed a close association with James Otis, who would become his future son-in-law, and made him the captain’s personal trans-Pacific representative. Otis spent a decade in Asia acquiring jades, teak, and other exotic commodities before returning to San Francisco and a full partnership with Macondray. The company became the ultimate American importer of goods from the Far East.

Suffering from asthma all his life, Macondray, seeking relief, and at the pleading of physicians, acquired “Brookside,” which at the time was the Peninsula’s single identifiable landmark on the road to San Jose. Observers described the property as a “paradise” and a “duplicate garden of Eden,” recognized at a distance by the stunning rose bushes, clipped shrubberies, and arbors of grapes. Unquestionably, for that decade, it was the Peninsula’s showplace. 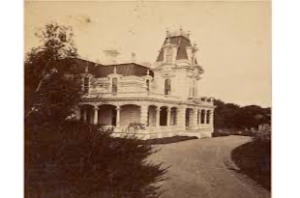 Macondray generously contributed to schools, asylums, libraries, and churches as he served as president of the San Francisco Chamber of Commerce.

After his passing in 1862, the mercantile company continued to prosper, now under control of his son, Frederick William Macondray II (1840-1885), and the captain’s partner and son-in-law James Otis, who was elected as mayor of San Francisco in 1873, and buried in Cypress Lawn in 1875.

Macondray & Co. continued to be a major commercial force throughout the Pacific until well into the 20th century. 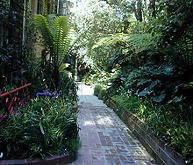 Macondray is laid to rest at Cypress Lawn within Section B, Lot 19. Click here to view an interactive map of our Memorial Park.