Phoebe Apperson Hearst: Wife of George, a philanthropist, suffragette, feminist; donated millions of dollars to the development of the University of California, Berkeley. 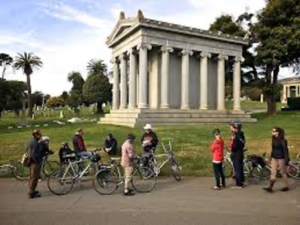 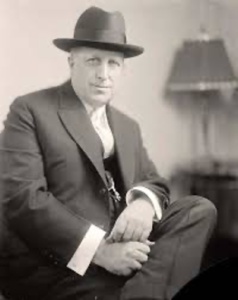 Much better known than his father, William Randolph Hearst created the largest newspaper and communications conglomerate in America.

In addition to his hometown San Francisco Examiner, he owned 27 major newspapers, 18 magazines, several radio stations, and movie studios. He is credited with introducing a new genre of journalism that combined sensationalism, simpler style, and more popular content. Sometimes called “yellow journalism,” it was mimicked by others and greatly enhanced the circulation of city newspapers.

However, his business success did not translate into politics. He lost in efforts to become the mayor of New York and to capture the 1904 Democratic presidential nomination. The classic 1941 movie, “Citizen Kane,” is often said to be inspired by his life.

Hearst personally donated his art-rich San Simeon mega-estate to the state of California. The Hearst Foundation, founded in 1946, has made over 20,000 grants to nonprofits. His mother, Phoebe Apperson Hearst, a pioneer in women’s education and a suffragist, gave generously to many causes, most particularly the University of California, where she sat as a regent. 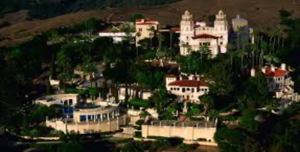 The mausoleum is one of very few at Cypress Lawn that has no family name inscribed on it. Why? Perhaps to enhance privacy. Or a perception that identification somehow detracts from the dignity of the structure. The story that the family had the name removed to prevent gawking after Patty Hearst was kidnapped is an urban legend.

The Hearst mausoleum is located at Cypress Lawn within Section 8, Lot 1. Click here to view an interactive map of our Memorial Park.