The vision took a generation to come to fruition. 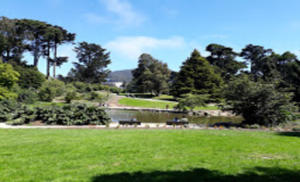 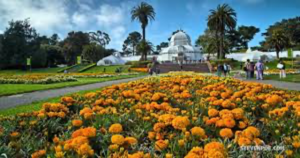 A Golden Gate Park Botanical Garden was proposed during the 1890s by Superintendent John McLaren (who is buried on the West Campus of Cypress Lawn). However, in 1900, San Francisco voters rejected a ballot measure to finance the project.

Private money was not forthcoming until 1926 when Helene Strybing, widow of wealthy San Francisco investor and landowner C.H. Strybing (1821-1895), offered the funds to start the ambitious venture. Planting began in 1937 with Works Progress Administration support supplemented by local donations. Strybing Arboretum officially opened in May 1940.

At the time, the site featured some 2,000 specimens. Today, you can stroll the 56 landscaped acres and marvel at 9,000 different species of plant life. It is managed by the city of San Francisco through the Botanical Garden Society. The Helen Crocker Russell Library of Horticulture there has an extensive reference collection with some 180,000 books. Ms. Crocker is buried at Cypress Lawn.

Just outside the main, east-facing entrance to the arboretum and garden stands the magnificent Hall of Flowers, the oldest public wood-and-glass conservatory in North America. 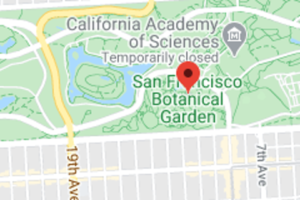 Strybing is laid to rest within Section L, Lot 172 at Cypress Lawn. Click here to view an interactive map of our Memorial Park.