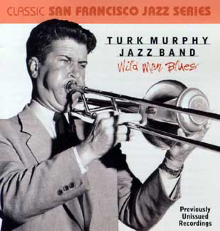 Turk Murphy came to San Francisco from Chico, California in 1939. There, his driving trombone teamed with trumpeter Lu Watters to form the eight-man Yerba Buena Jazz Band. Known for its consummate ensemble rhythms with each player working in the group and not as a featured soloist (as in Dixieland), the sound came to be called San Francisco Jazz.

Turk coined the phrase “Traditional Jazz” to emphasize its New Orleans roots — characterized by an energetic and heavy beat — to distinguish it from the Dixieland style. The band looked to the “new jazz” that was being composed by Scott Joplin, King Oliver, Jelly Roll Morton, and a young Louis Armstrong.

Murphy stayed mostly on the road until 1960 when he and pianist Pete Clute opened Earthquake McGoon’s, which soon became a renowned jazz and dancing club. It was a San Francisco fixture for 24 years that attracted tourists as well as regulars. McGoon’s served as the home base for his regular Turk Murphy Jazz Band tour gigs. During the more than 50 years of performing, arranging, and composing, Turk received both national and international acclaim. His recordings were bestsellers in the genre, and he played twice on “The Ed Sullivan Show.” 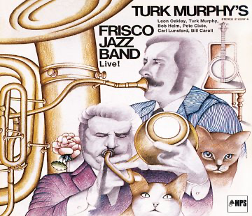