Upon his discharge from the Army in 1903, Charles Howard boarded a train for San Francisco. On borrowed cash, he opened a bicycle shop. Howard was convinced that the next big trend would be automobiles, so he traveled to Detroit and pitched a plan to open a dealership for Buicks, which had been introduced just two years prior. He returned to San Francisco with an exclusive distributorship for eight Western states.

By 1912, California ranked second after New York in new car registrations. The enterprising young man moved his operation to a new four-story building on Van Ness at California Avenue. It had a 22-foot ceiling and included opera house-style semicircular staircases and 40,000 square feet of floor space.

At the beginning of his career, Charles Howard famously quipped, “I wouldn’t give $50 for the fastest horse alive.” He spent his later years racing some of the most acclaimed horses of the era. In 1950, his steed, Noor, defeated Kentucky Derby winner Citation three times, setting new records on each occasion. But Howard is best remembered for his amazing thoroughbred Seabiscuit, who became better known and celebrated than the owner himself. 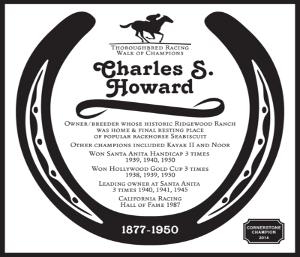 In 1937, Seabiscuit won 11 of 15 races and was the year’s leading money winner in the United States. War Admiral, having won the Triple Crown that season, was voted the most prestigious honor — the American Horse of the Year Award.

On Nov. 1, 1938, Seabiscuit met War Admiral in what was dubbed the “Match of the Century.” War Admiral was the favorite (1–4 with most bookmakers) and a nearly unanimous selection of the writers and tipsters. Seabiscuit won by four lengths, even though War Admiral had his best time on that track. The little horse that could was named American Horse of the Year for 1938. 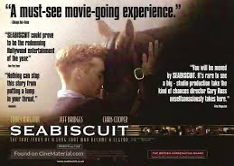 Howard is laid to rest at Cypress Lawn within Section B, Lot 103. Click here to view an interactive map of our Memorial Park.