Lillie Hitchcock Coit was born into a prominent family. As a teenager, she was fascinated by fires and the dashing volunteer firefighters who organized into companies to combat them.

A vocal supporter, Lillie quickly became a local celebrity and was adopted as a “mascot” and an honorary member of the Knickerbocker Engine Company, No. 5. “Firebelle Lil,” as she would come to be called, often accompanied the young men on their dangerous missions.

Throughout her long life, Lillie attended all the official functions and parades of the San Francisco Fire Department.

She was an independent spirit and a celebrated local eccentric. Lillie married and divorced Benjamin Coit, the caller of the San Francisco Stock exchange.

She left one-third of her large estate “to be expended in an appropriate matter for the purpose of adding to the beauty of the city which I have always loved.”

The iconic Coit Tower, designed in the shape of a fire hose nozzle, was built in her honor by famed architect and friend Arthur Brown, who also designed her mausoleum at Cypress Lawn. He is interred in a sarcophagus near his patron. 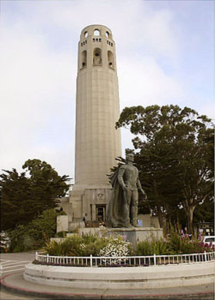 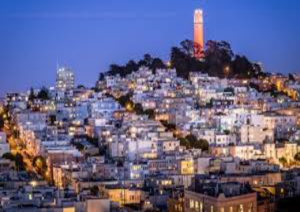 Lillie is laid to rest within Section M of our East Campus. Click here to view an interactive map of our Memorial Park.