“It hard to imagine the admiration that that followed Beachey everywhere. He was Lindbergh at his prime, DiMaggio, all the stars of stage and screen combined, with Superman thrown in.”
— Frank Marrero, author of Lincoln Beachey: The Man Who Ruled The Skies.

Lincoln Beachey is the most famous person you never heard of.

He was acclaimed as:

The Genius of Aviation

Alexander of the Air

And …  The Flying Fool

Click HERE to visit our store to read more about Beachey. 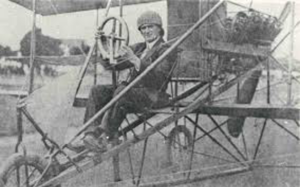 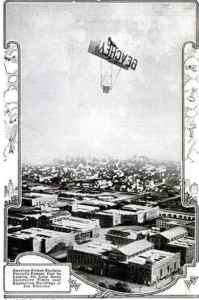 Seventeen million Americans witnessed Beachey dazzle the sky with his Little Looper aircraft in a 126-city tour in 1914. That was 1 in every 6 Americans. The press coverage was immense.

Beachey is credited with an array of aviation firsts: 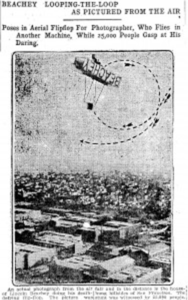 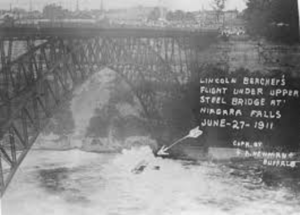 Keep in mind that the Wright Brothers’ revolutionary first flight was only a decade earlier. That feat consisted of keeping their craft aloft for 120 feet.

Beachey hoped a lighter and more maneuverable monoplane would make his loops and maneuvers even more spectacular. Promoters at the 1914 Panama-Pacific International Exposition held in San Francisco, Beachey’s hometown, pleaded with him to fly his new aircraft on “Beachey Day.” He performed in front of a crowd of 50,000 at the Expo Fairgrounds — with perhaps 200,000 more watching from Bay Area hills. On his second run, pushing the plane to its limits during a daring fall, the wings suddenly broke back, and he slammed into the water at 210 miles per hour. Miraculously, Beachey survived the crash but was unable to extricate himself from the straps. His funeral in San Francisco is said to have been the largest in the city’s history. An additional 30 million people saw him during a nationwide funeral procession.

Yet today, Beachey remains an obscure and largely forgotten figure. Other stunt flyers took his place, and many daring maneuvers become commonplace in the barnstorming 1920s. But more significantly, his many feats were topped by a single great feat that obscured his accomplishments: Charles Lindbergh’s nonstop trans-Atlantic flight in 1927.

The aviator is laid to rest within Section D, Lot 23 at Cypress Lawn. Click here to view an interactive map of our Memorial Park. 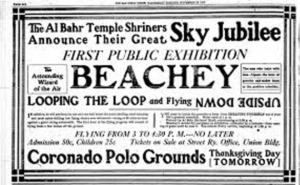 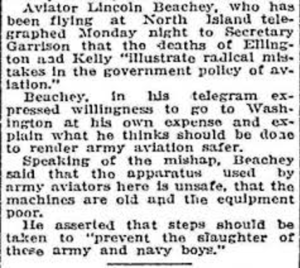 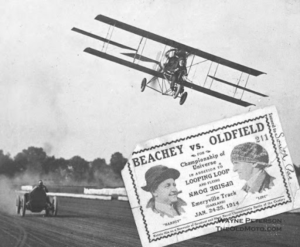 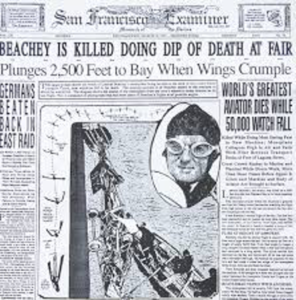 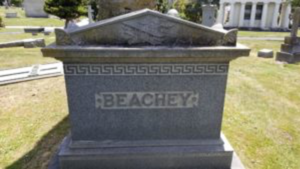 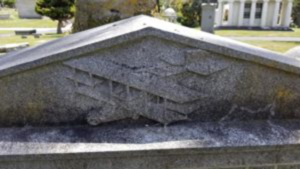 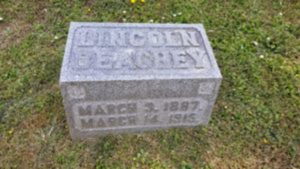