Known as the Beer Baron, the Polish immigrant who jumped off a merchant marine ship in 1926 to get to American soil, eventually owned all or substantial parts of several national breweries. 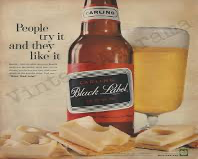 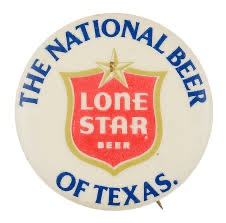 With the purchase of Falstaff, Kalmanovitz relocated his empire to San Francisco. He and his wife, Lydia, moved to Tiburon, CA, in 1972.

His business operations, as successful as they were, drew criticism and occasional legal problems. Kalmanovitz specialized in leveraged buyouts, which took over businesses to sell off their parts for profit, closing plants and laying off employees. It didn’t help his public reputation that he was a recluse and seldom communicated with the press. 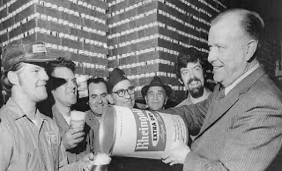 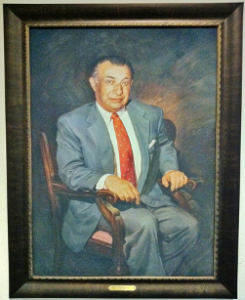 Kalmanovitz left behind $250 million to his wife when he died in 1987. They had no children.

His classical Greco-Roman style mausoleum, commissioned by his wife, is unique — not in style but for the time period. Almost all of the great cemetery mausoleums were constructed before 1920.

The Kalmanovitz tribute cost $2.5 million for the land, plus $2.5 million for the structure. This is a general yardstick to measure what such a project would run today, and what it cost in modern in dollars to build one in 1900. There are now “limited edition” standard mausoleums that can be purchased, including the land, for less than $1 million. 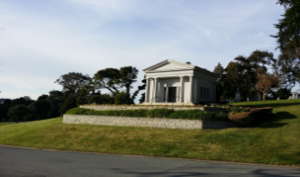 The Kalmanovitz mausoleum is located at Cypress Lawn within Section B, Lot 7. Click here to view an interactive map of our Memorial Park.