There are many people buried at Cypress Lawn who changed the world. Not the least is Charles Fey, who invented the slot machine. As a young man, he worked in France and London before emigrating at age twenty-three to New Jersey. Charles settled in San Francisco and started a company that produced and repaired  electrical equipment and telephones. 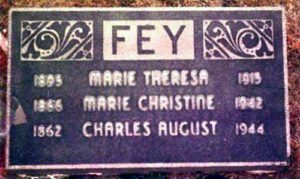 The term “slot machine” was originally used for automatic vending machines but later came to refer almost exclusively to gambling devices. The first such coin-operated devices in the U.S. date to the 1880s, although they were actually mere novelties—such as two toy horses that would race after a coin was inserted in the machine. Set on a bar in a saloon, patrons would bet with each other but it was common for the proprietor to reward winners with drinks or cigars or food tokens. By 1888, machines that paid off in coins were in existence. 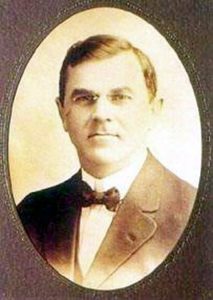 These first “modern” slot machines were invented by Fey, and they proved so successful at a local saloon that he soon quit his job and opened a factory to produce more units. In 1898, Fey built the Card Bell, the first three-reel slot machine with automatic cash payouts. It had a handle that set the reels in motion when it was pulled down, producing playing card suit marks that lined up to form poker hands.

His next slot machine, the Liberty Bell, was built in 1899 and used horseshoes and bells as well as playing card suit marks on the reels. 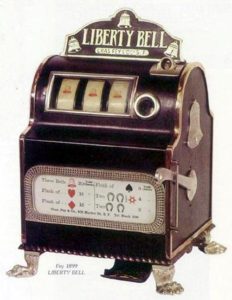 Three bells lined up in a row meant the top payout. Chiefly because of the 1906 San Francisco earthquake, only 4 of more than 100 Liberty Bell machines built by Fey survive. The Liberty Bell proved immensely popular among saloon patrons in San Francisco and was quickly copied by Fey’s competitors, such as the Mills Novelty Company of Chicago. Because gambling was technically illegal in California, Fey could not patent his device. 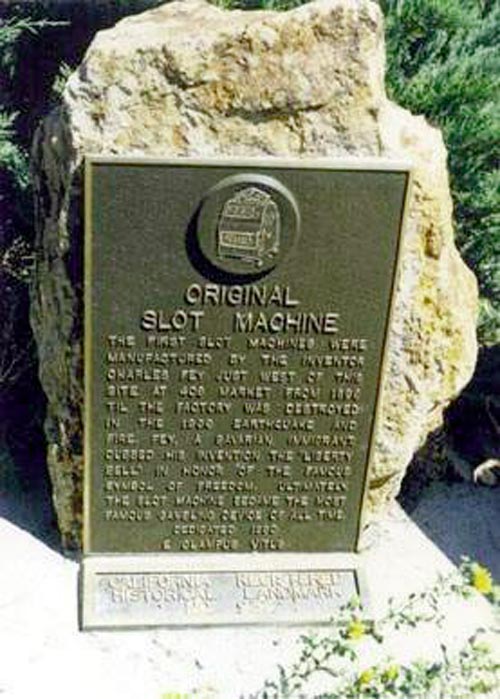 Forces of morality led by the clergy  opposed slot machines. By the time San Francisco banned them in 1909, there were some 3,300 in the city. In order to circumvent the law, Fey and his competitors built devices with no coin slots. Payouts (often in drinks, food, and smokes) occurred surreptitiously across a saloon counter. Soon most slot-machine factories relocated, especially to Chicago.