Cremated remains have been housed in glass front niches since Cypress Lawn opened, but the latest trend is to make them highly personal. Instead of just containing a stately urn, these niches are decorated with artifacts, memorabilia and tributes from the person’s life.

There are American Heroes 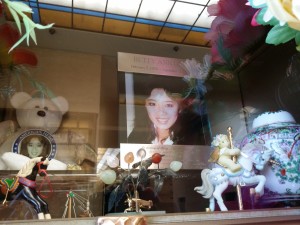 Betty Ann Ong February 5, 1956 (San Francisco) – September 11, 2001 was an American flight attendant on board American Airlines Flight 11 when it was hijacked and flown into the North Tower of the World Trade Center in New York City, as part of the September 11 attacks. During the hijacking, she used a telephone card to call in to American Airlines’ operations center from the plane’s rear galley; identified herself and alerted the supervisor that the aircraft had been hijacked. Along with a fellow flight attendant,  she relayed a report of the seat numbers of three hijackers. During her call she reported that none of the crew could contact the cockpit or open its door, a passenger and two cockpit key-carrying flight attendants had been stabbed and that she thought someone had sprayed Mace in the business class cabin.

And sometimes a niche memorial takes a whimsical or idiosyncratic twist. 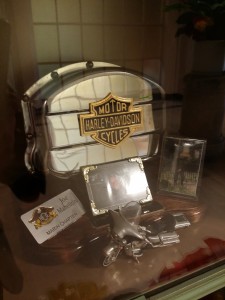 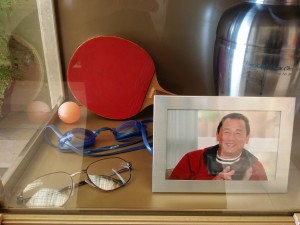 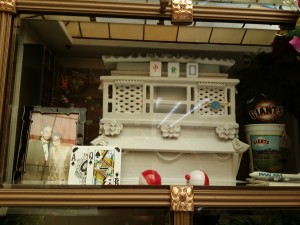 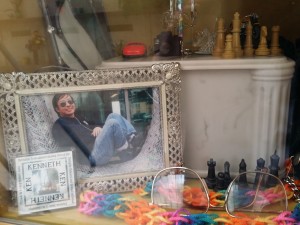 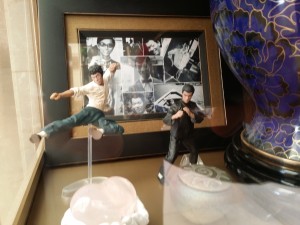 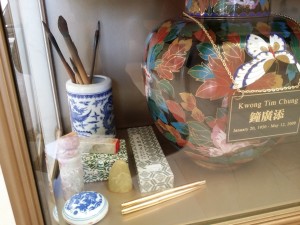 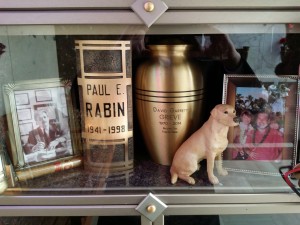 2 thoughts on “Getting Personal: Glass Front Niches at Cypress Lawn”