Cypress Lawn is the most diverse cemetery in Colma: every religion, race, creed, and nationality is represented, as well as every culture. 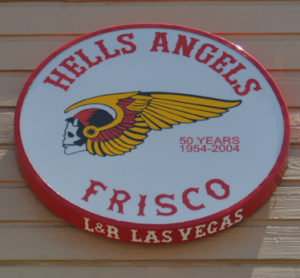 Some Hells Angels pass away peacefully in bed of old age. Others  can meet an untimely and grim end, such as Harry Flamburis, President of the Daly City chapter, in 1977. The choice of resting place was Cypress Lawn. A newspaper account covered the event: “150 bikers made up a two block funeral cortege. A variety of clubs payed homage to Harry the Horse: The Sons of Hawaii, Unforgivable Sinners, Wheel Lords, The Brothers from Anchorage, and the Oakland Sadistics.” The large turnout of Angels, the Danville Register added, “supported evidence that club membership and power is far from declining as was predicted a few years ago…” 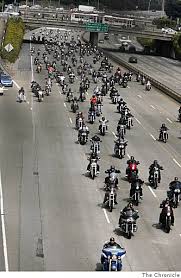 As Paul Harvey would say: Now, now here’s the rest of the story.

Two months later a contingent of Hells Angels turned up to bury the motorcycle of their beloved leader. A member admitted that they don’t usually bury their machines, but added, “We’re doing it just in this case because the bike is a special kind of bike and we don’t anyone else ever to have it.”

Urban legend has it that Harry was buried riding his bike. I heard that story just last week from my manicurist. This practice is against cemetery regulations and is not true. The bike was placed on top of the coffin in a double depth grave. 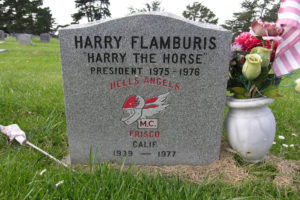 President of the Frisco Hells Angels, Mark Papa Guardado, was dispatched by a member of the arch rival Mongols in 2008. The choice of cemetery was again Cypress Lawn. The San Francisco Chronicle described the event: “Amid a sea of leather and the roar of nearly 2000 mufflers, a caravan escorting Guardado’s coffin to Colma’s Cypress Lawn Cemetery on Monday morning went by way of San Francisco’s Mission District, a river of thunder that flowed through the urban canyons for more than an hour. The caravan didn’t stop for signals; it set its own speed limit. Some onlookers waved, some took pictures, some pressed hands to ears and waited for the end. And for a brief period on Interstate 280, as police halted all other freeway traffic, the mourners took over the roads.” 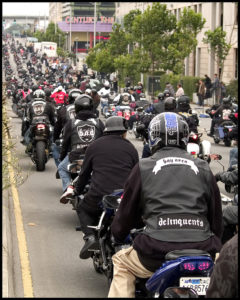 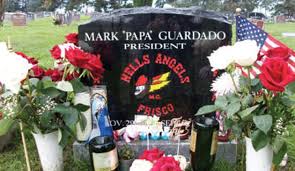 They buried Papa not too far from where Flamburis rests. The Frisco Hells Angels and a sea of red-and-white-clad others formed a close group around Guardado’s grave. A few words were spoken as a biker on the outskirts cranked Metallica’s somber ode “Nothing Else Matters.” The ceremony over, the Angels picked up shovels and buried their leader. 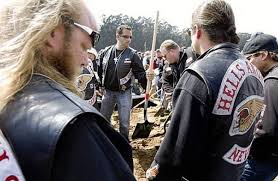 The site is located near other Hells Angels including Mark Perry and “Little Bill.” 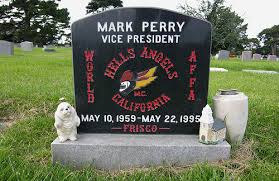