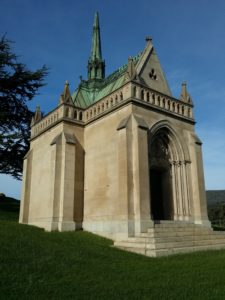 This elegant granite mausoleum, designed (1921) in the form of a French Gothic chapel with a pitched green-bronze roof, was erected for San Francisco dry goods merchant and supplier Daniel T. Murphy (1863-1919), who played a major role in the development of California. It is located near the administration building as you drive up the winding road to access the West Side.

The tomb was inspired by the famed Chapel of St. Hubert located inside the small chateau Clos Lucé in Amboise, France that became the home of Leonardo da Vinci in the final years of life when King Francis I invited the famed master to stay and work there, granting him the the title of Premier Painter and Engineer and Architect to the King. He arrived in 1516 with three of his paintings including the Mona Lisa, and never returned to Italy. Today, the Clos Lucé is a museum that reflects the history of the region and includes forty models of various machines designed by Leonardo. 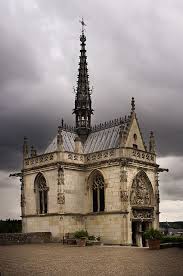 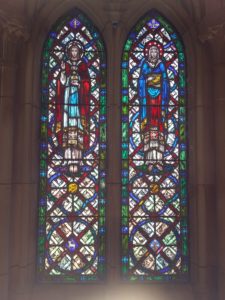 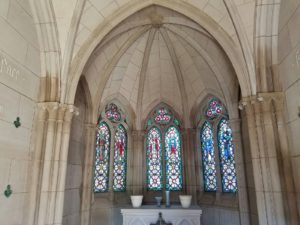 Compare the above windows to these in the Chapel of St. Hubert. 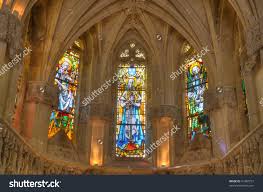 The Murphy mausoleum is the only monument in the Memorial Park that is a cathedral and remains one of the unique treasures of Cypress Lawn. 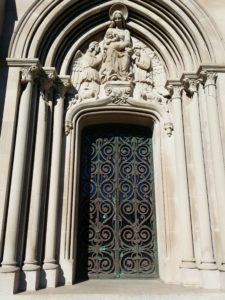